High school students have always had a big decision to make about where to go and what to do after graduation. Among the questions they routinely ask themselves are: Should I go to college? If I do, should I go to community college or a four-year university? Or should I skip college, learn a skilled trade and start making money right away?

These days, their decisions are complicated by the decades-long national push for high school graduates to get bachelor’s degrees, and the corresponding mindset — held by many of their parents and educators — that four-year college degrees are the only option for achieving success.

Government data tells us otherwise. According to the National Center for Education Statistics, students who earned occupational credentials are more likely to be employed than students with academic credentials. They’re also more likely to be working in their fields of study — and not be saddled with student debt.

Plus, jobs that don’t require degrees are plentiful. According to the Georgetown University Center on Education and the Workforce, the United States has 30 million jobs that pay an average of $55,000 per year and don’t require a bachelor’s degree.

Yet, many of these jobs are going unfilled. Why? Well, for one, there’s the aforementioned national bias against vocational careers, which has had the unfortunate effect of exacerbating the manufacturing skills gap set into motion by the ongoing retirements of Baby Boomers, who were not as affected as younger generations by the push to get college degrees. In fact, it’s because so many Baby Boomers went into skilled trades that the trades are now one of the job categories with the highest potential. According to the economic-modeling company Emsi, more than half of tradespeople were over 45 in 2012 — the last period for which the subject was studied — meaning looming retirements could result in big shortages. And those shortages could result in rewarding, good-paying jobs for the high school students of today and tomorrow.

Plenty of job openings. Good pay. Rewarding, hands-on work. What’s not to like?

Representatives of the Plymouth-Canton Community Schools (PCCS), one of the largest and most successful school districts in Michigan, found plenty to like at the May 3 launch of PCCS’s Starkweather Academy as the 47th SME Partnership Response In Manufacturing (PRIME) school.

They liked the fact that manufacturing accounts for more than 11 percent of the GDP ($2.3 trillion), and that more than 400,000 high-paying manufacturing career openings are available now, with millions more to come in the next two decades. 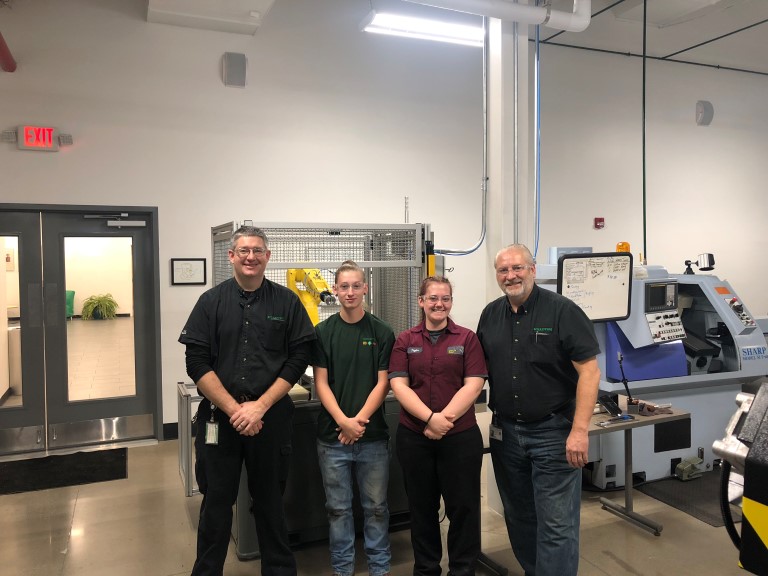 With industry partners such as these, PCCS’s Starkweather Academy and other SME PRIME schools are establishing current, relevant and applicable manufacturing education to help close the skills gap.