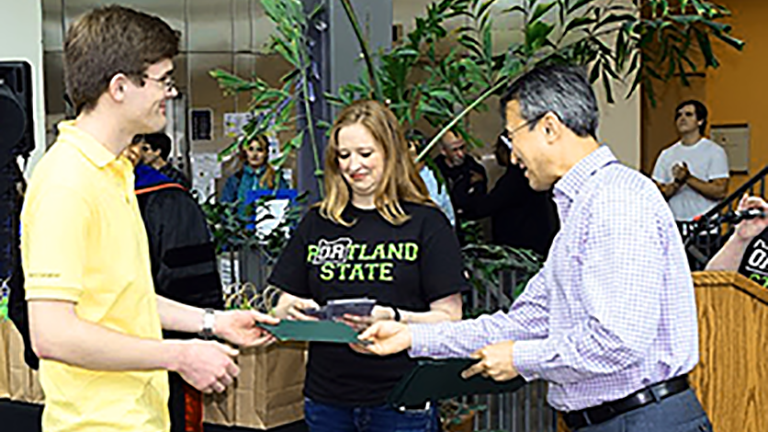 As a homeschooled student, going off to college was a daunting prospect for 2014 E. Wayne Kay High School Scholarship recipient Julian Rogers.  For him, the key to surviving the undergraduate experience was having support both financially and emotionally.  Unlike most students that apply to many universities hoping to gain acceptance into the engineering program, he chose only one university and made it the focus of his post-secondary school ambitions.

When Julian decided to attend Portland State University, finding the funding to do so was a priority.  Fortunately, the SME Education Foundation offers scholarships for young engineers-to-be.  With the help of his parents, he eagerly sent off his application which highlighted a perfect 4.00 GPA earned in every subject throughout his educational journey.  Julian’s impressive resume and drive to succeed as a future engineer led to his being named a recipient of the E. Wayne Kay High School Scholarship, which was the first scholarship he received.  “I was very excited and grateful for the SME Education Foundation’s support.”

Julian’s efforts to fulfill a goal of sustaining his undergraduate pursuits with adequate financial support continued; he set out in search of additional scholarship opportunities. Shortly before he was due to start college in September of 2014, Portland State University offered him their Presidential Scholarship. The university annually awards the presidential scholarships to six distinguished incoming first year students. With two scholarships in hand, Julian was prepared to start his first year in pursuit of his Mechanical Engineering degree.

Throughout his four-year experience at PSU, Julian managed to maintain 4.00 GPA for every subject he took in college, including honors courses - the first time any student had achieved this level of academic performance in Mechanical Engineering at PSU. 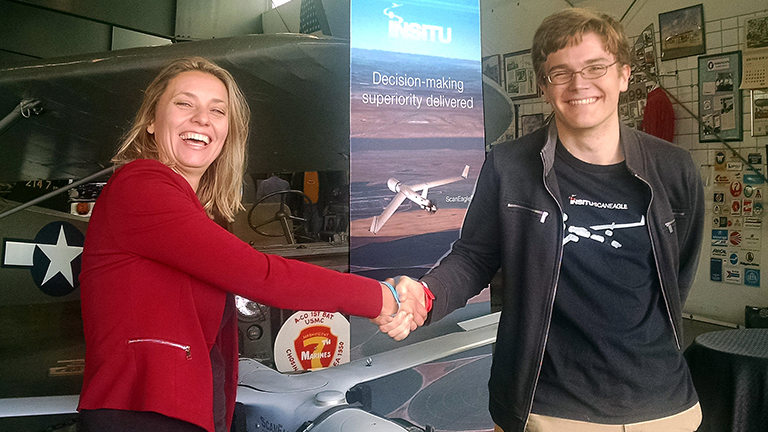 During his final two years of college, Julian interned with drone company Insitu, a Boeing company. Because of his commitment to work hard and smart, the company offered him full time employment upon his graduation in 2018. Coincidentally, at this time, Insitu appointed a new CEO, Esina Alic, a fellow PSU Mechanical Engineering graduate.

“I only found this out when I met her at a local community event Insitu was sponsoring.  As it turned out, she was the first student to achieve a 4.00 GPA in all subjects of her Mechanical Engineering degree at PSU,” Julian said. “However, I went one better than my new CEO; I did it in Honors as well!  We are the only two known PSU 4.00 GPA alumni working together within the Boeing organization.”

The E. Wayne Kay High School Scholarship was an important step in what Julian hopes will be a high-flying career in the world of drones. The SME Education Foundation annually awards $2 million in scholarships to high school seniors, undergraduate and graduate students pursuing 2 or 4-year manufacturing and engineering related degrees. Our Scholarship Application annually opens on November 1 and closes on February 1. Take your opportunity and register today.