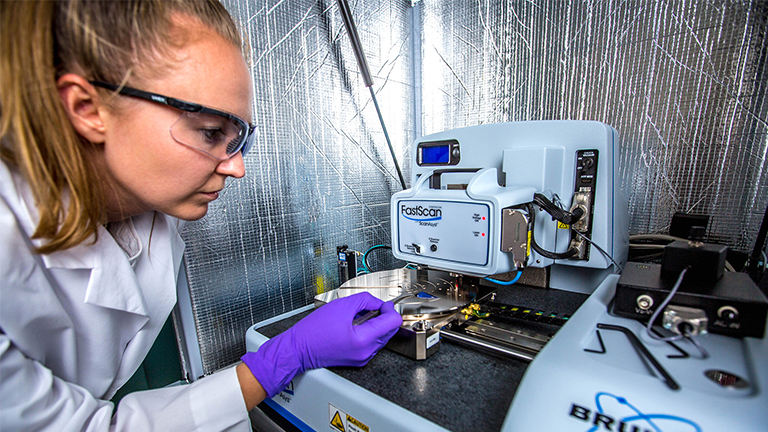 Anna Hiszpanski has made a name for herself as a research scientist in the Materials Science Division at Lawrence Livermore National Laboratory, but she’s never forgotten the help she had along the way — including a scholarship from the SME Education Foundation Family Scholarship, which she used for her undergraduate studies at Caltech.

“Having the SME Education Foundation say, ‘we believe in you, we think you can do this’ and awarding that scholarship to me, it was really encouraging,” says Hiszpanski. “As a high school student, I wasn't very confident, necessarily, in my abilities. Feeling like you had a team of people behind you, believing in you, was really encouraging.”

Hiszpanski and her brother were also supported in their career ambitions by their parents, both of whom are mechanical engineers and longtime members of SME. “They would take us to Rocketdyne to go look at the big rocket engines and were always very encouraging of my brother and me, in science and engineering and art. I took dance, art and piano classes, the whole kit and caboodle. But I always had a pretty strong interest in science and math, and I did pretty well in it.”

So well that she decided to major in chemical engineering, which attracted her because of its diversity, a good match for her broad interests. “Traditionally, chemical engineers worked in petroleum, but the applications of the discipline have really expanded to include bioengineering and materials engineering,” Hiszpanski points out. “And so I felt like those principles that could be applied to such diverse fields were very appealing to me.” 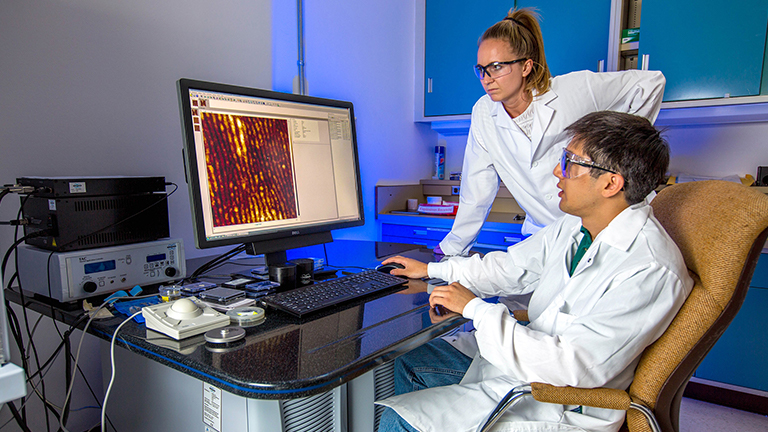 During her years at Caltech — where she earned a bachelor’s degree in chemical engineering in 2009 — Hiszpanski found she enjoyed doing research in a lab setting, working at the forefront of knowledge and trying to develop new materials or new technologies. That led to a desire to go to grad school, so she went on to Princeton, where she received a doctorate in chemical and materials engineering in 2015. Her thesis work was on trying to develop new molecular semiconductor materials.

After graduating from Princeton, Hiszpanski took a postdoctoral position at Lawrence Livermore National Laboratory, where she became a staff scientist in 2017. Describing her position, Hiszpanski says, “I'm generally a research scientist, but that encompasses a lot of different things, and I work on a variety of different projects. Generally, it's trying to develop new materials with better properties that enable innovation.

“Specifically, one project that I'm working on uses innovations in machine learning to accelerate the materials development process. The typical timeline for taking an innovation from the lab to a product in the market is usually decades for materials, because there are many aspects and characteristics that need to be proven out in the meantime.”

The project’s goal, says Hiszpanski, is to significantly decrease the timeline in identifying new materials or formulations that might be beneficial for feedstock materials for additive manufacturing.

Hiszpanski’s other responsibilities at Livermore include developing proposals, directing projects and “going to the lab and trying to make stuff.” She’s also responsible for presentations to potential customers and other researchers and writing up results in papers. “That's kind of a hodgepodge of what life as a research scientist looks like,” she says. 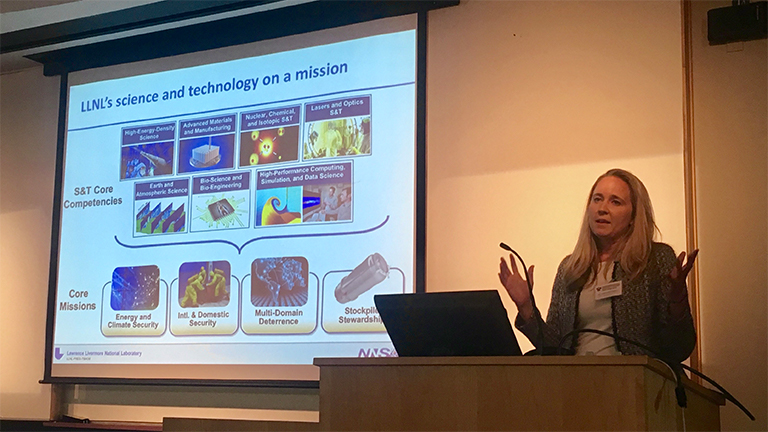 According to Hiszpanski, her broad educational background — which included arts as well as science — has been beneficial to her in her career. “I personally think that there's a lot of art in science,” she says. “There's a lot of creativity in science. Solutions are not prescribed oftentimes or laid out.

“There's a rigor in how you try to go about proving things but dreaming up new materials and new solutions is a really big creative aspect of that. And maybe even more specifically with regard to the arts, how you communicate your results -- making diagrams, visual aids, plots – there’s much art and creativity in that, as well.”

Speaking of her experience as a woman in a traditionally male environment, Hiszpanski says it’s been very positive.

“I would say that I've had a pretty fortunate experience from a young age. Because my mom was a mechanical engineer, it never seems like something odd for a woman to be in that profession. My advisor in grad school was a woman, and although my supervisors are currently male, they're extremely supportive. I think I've had really great mentors and supervisors along the way who have given me confidence and always made me feel included.”

And of course, there’s the SME Education Foundation Family Scholarship and the education foundation scholarship application that helped start it all. “I'm really appreciative of the help I received from the organization,” says Hiszpanski.