SME Education Foundation About Board of Directors 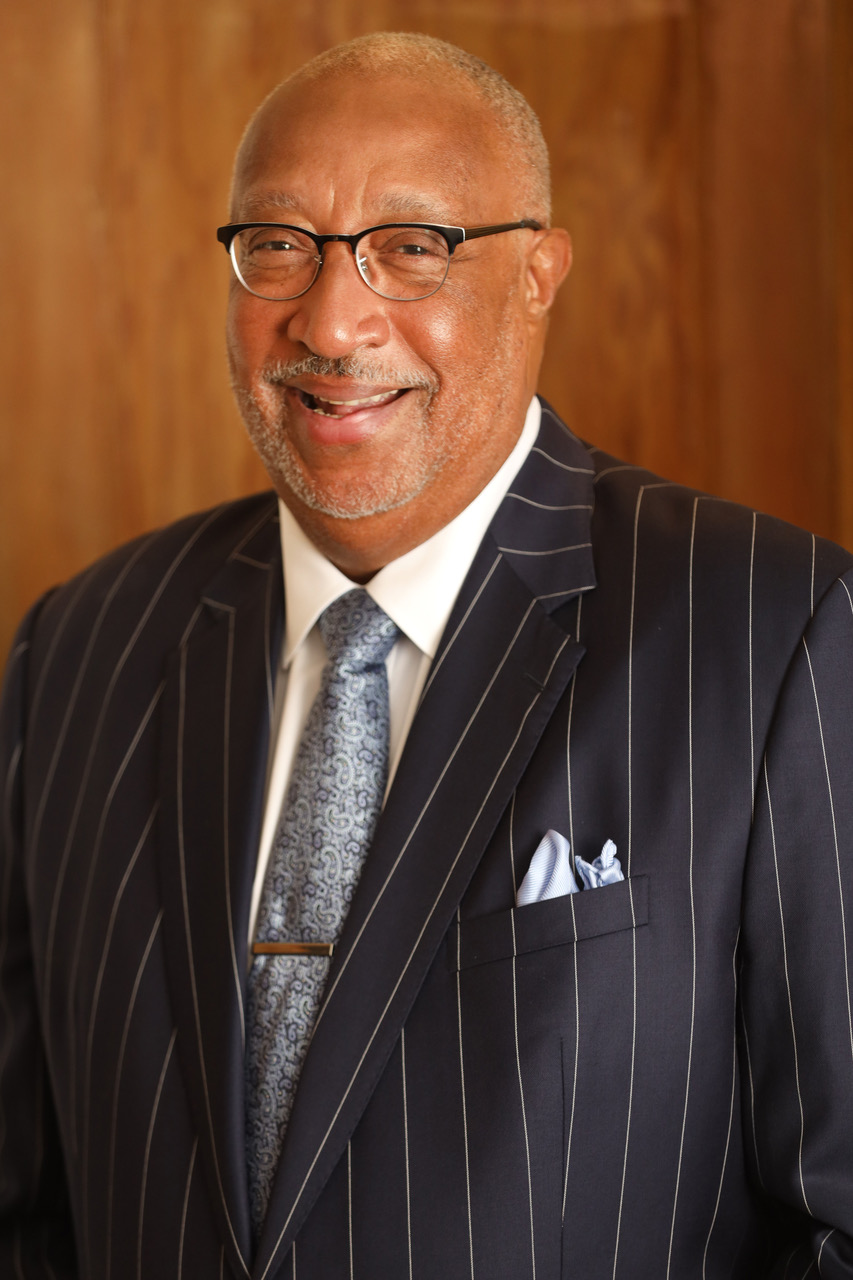 Dr. Irving McPhail passed away in October of 2020. The Foundation mourns his loss and values his service and contributions to our mission.

Irv McPhail was named the 12th President of Saint Augustine’s University on July 15, 2020. Saint Augustine’s University is a private historically Black university in Raleigh, NC. It was founded by Episcopal clergy in 1867 for the education of freed slaves. Prior to joining Saint Augustine’s University, Irv was founder and chief strategy officer at The McPhail Group LLC, a global higher education consulting practice. In 2007, he joined the National Action Council for Minorities in Engineering Inc. and was named president and CEO in 2009. During his tenure, McPhail worked to provide leadership and support for the national effort to increase the representation of successful African American, American Indian and Latino women and men in engineering and technology, math and science-based careers. NACME also provides scholarships to underrepresented minorities pursuing careers in engineering. He has served as a college president or chancellor of colleges and universities in Baltimore, Saint Louis and Memphis, Tennessee. Under McPhail’s leadership, the Community College of Baltimore County was reorganized from three separate community colleges into a single, multicampus public college that is highly regarded for promoting academic excellence, developing potential, nurturing talent and cultivating partnerships that benefit the people, families and business of the Baltimore metropolitan region. He has received numerous awards including the Harvard Graduate School of Education Alumni of Color Achievement Award; and the Exemplary Leader and Pioneer awards from the National Council on Black American Affairs of the American Council on Education. McPhail earned an academic scholarship to Cornell University, where he earned a bachelor's degree in development sociology. He holds a master's degree in reading from the Harvard Graduate School of Education. McPhail was a National Fellowships Fund Fellow at the University of Pennsylvania where he earned his doctorate in reading/language arts. McPhail joined the SME Education Board of Directors in 2010. He is presently President of the SME Education Foundation. SME Member Since 2018 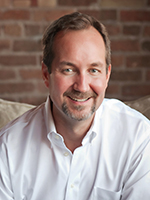 Joe Kann is president of Cobble Creek Solutions, a consulting and advisory practice that helps businesses and their investors develop new growth opportunities at the intersection of industrial markets and emerging technologies. Kann joined Rockwell Automation in 1986 as part of its Advanced Technology Laboratory. He worked in a progression of research, commercial and business leadership roles, gaining a variety of global market experiences across a broad range of manufacturing segments. As vice president of Global Business Development, Kann grew the role from a single advisory position to a team of over 40 professionals responsible for driving the company’s strategy development processes, managing strategic partnering programs and supporting acquisitions. He facilitated cross-functional teams in the development of key growth initiatives including machine safety, industrial networking and the “internet of things”; regional initiatives in Europe, Asia and Latin America; and expansions in industries such as oil, gas and mining. Kann and his team oversaw more than 140 partnerships including strategic alliances with Cisco, AT&T, Microsoft and industrial market leaders Fanuc, Endress + Hauser and Panduit, supporting the pursuit and execution of over a dozen acquisitions around the world. He retired from Rockwell in 2017 and subsequently formed Cobble Creek Solutions. His outside activities include serving on the Advisory Board for the Department of Electrical and Computer Engineering at the University of Wisconsin-Madison. Previous activities include acting as senior advisor for the University of Wisconsin-Madison Industry Working Group for the internet of things, and while at Rockwell, managing the University Partner Program. Kann holds a bachelor’s degree in general engineering from the University of Illinois and a master’s degree in manufacturing systems engineering from the University of Wisconsin-Madison. He was elected to the SME Education Foundation Board of Directors in 2018 and currently chairs its Strategic Planning Committee. SME Member Since 1984 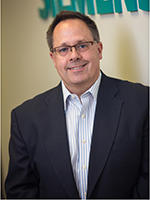 John Miller is senior vice president of mainstream engineering software for Siemens Digital Industries Software. In this role, he is responsible for leading the company’s go-to-market efforts for mainstream engineering products, including Solid Edge and Femap (advanced engineering simulation application), on a global basis. Miller works in partnership with sales, products and marketing to target and develop strategic and geographic growth opportunities in this market. He has more than 23 years’ experience in PLM software. Miller joined the company from Electronic Data Systems where he completed the Engineering Systems Engineer Program and chose to work with Unigraphics for his first full-time assignment. Miller has since held several positions within Siemens Digital Industries Software, most recently serving as vice president of strategy. In that role, he was responsible for establishing strategic context for the business unit globally, business planning, market intelligence, the company’s partner ecosystem, pricing and packaging along with providing coordination of business activities across Siemens Digital Industries Software’s business segments and with digital factory division leadership. Miller holds a bachelor’s degree in manufacturing engineering systems from Kettering University (formerly GMI) and a master’s degree in engineering management from the University of Michigan. He joined the SME Education Foundation in 2015 and serves on its Workforce Development and Strategic Planning committees. SME Member Since 2015 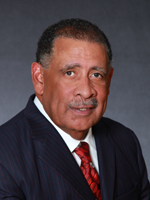 Frank Ervin has more than 35 years of experience in government relations, public policy, legislative and regulatory legislation, and rulemaking. Additionally, he has worked to build global business structures in the U.S. and abroad, including Mexico, Japan, South America, Europe and Asia involving a variety of customers. Ervin has led the government relations and business development units of the major automobile manufacturers and Tier 1, 2 and 3 automotive suppliers worldwide. In 2018, he was named to the newly created position of group vice president – government affairs at Piston Group LLC where he is responsible for the organization's government relations and economic development activities. Prior to joining the Piston Group, Ervin served as vice president of specialized minority business enterprise services and executive director of the Detroit Minority Business Development Agency Center at the Michigan Minority Supplier Development Council, overseeing all aspects of the development minority businesses including MBE certification. Previously, he had been the senior director – government affairs at Magna International where he worked with all its business units on matters involving and needing legislative and regulatory relations assistance. Ervin was also responsible for building and maintaining positive company relations with members of Congress, state and local legislators, and officials and their staff to help create a positive leadership image and business climate for Magna International Inc. He holds a bachelor’s degree in business administration and a master’s degree in international business. Ervin is also a Vietnam veteran, as part of his service with the U.S. Navy. He has also served on various boards of directors, such as The Organization for International Investment, Oakland County (MI) Workforce Development and Southeastern Michigan United Way. Presently, Ervin served as a director with the Western Golf Evans Scholarship Foundation. 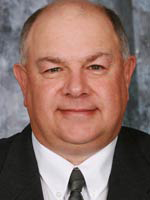 Wayne Frost retired as a senior engineer at the John Deere Waterloo Works where he was responsible for the development and review of new product quality plans and the integration of IT quality systems within Deere. During his over 40 years at John Deere Waterloo Works, Frost held positions of increasing responsibility and leadership, including general supervisor quality assurance where he was responsible for the management of all the quality activities in support of the drivetrain heat treat and machining operations and as a Deere production system project engineer. From 1988 to 2003, Frost served in various SME chapter and region leadership positions. He has spent 12 years on the SME Board of Directors, serving as SME president in 2015, and in 2014, was SME’s interim CEO for six months. Frost joined the SME Education Foundation as a director in 2018 and currently serves on its Fundraising and Scholarship committees. He also served on the SME PRIME Advisory Committee for Cedar Falls High School. Frost holds a master’s degree in engineering technology from the University of Northern Iowa. SME Member Since 1983 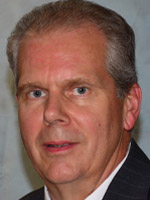 Brian Ruestow has a long history of involvement with SME and the SME Education Foundation and has been recognized on numerous occasions for his work. Since becoming an SME member in 1975, Ruestow has received SME’s Outstanding Young Manufacturing Engineer Award in 1988 and the Joseph A. Siegel Service Award in 2009. His support and engagement with the Foundation began in 1985, first as a member of its Student Development Committee, which later became the Scholarship Review Committee. He subsequently took over as chair and continues to serve on this committee today. Ruestow joined the SME Education Foundation Board of Directors in 2009, served as vice president from 2010-12 and president from 2013-17, and currently serves on its Scholarship Committee and chairs the Nominating Committee. Before his present position as sales director-Americas for Norton Pulpstones, Ruestow was operations manager and manufacturing manager of FW Roberts Manufacturing Co., a manufacturer of products used in pulp and paper mills worldwide. During his tenure there, he received U.S. and international patents on improvement to these products. Ruestow has also served as manager of manufacturing engineering at Nuttall Gear Corp. where he was instrumental at implementing TQM initiatives pertaining to manufacturing processes and was also president and co-founder of Barco Manufacturing Inc., a tool, die and precision machining company. Ruestow earned an associate degree in manufacturing processes from Hudson Valley Community College and attended the State University of New York at Buffalo. SME Member Since 1975 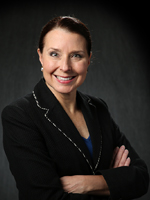 Pamela Ruschau is an intellectual property attorney and shareholder at the Chicago-based law firm of Leydig, Voit & Mayer Ltd. In this capacity, Ruschau advises clients on patentability, infringement and licensing issues, as well as counsels on global patent portfolio acquisition, prosecution and management. She is heavily involved in both litigation and prosecution matters. Ruschau has represented clients in litigation and in the mechanical, chemical and pharmaceutical fields and has acted as trial counsel in both jury and bench trials, and related pre-trial and appellate proceedings. Ruschau has been chosen by peers as a Leading Lawyer in Intellectual Property Law (Leading Lawyers Network). She has been named as an IP Star by Managing Intellectual Property, Global Top 250 Women in IP by Managing Intellectual Property, Top Women Lawyers in Illinois by both Leading Lawyers Network and Chicago Lawyer, and Top Lawyers in Illinois in Intellectual Property Law by Chicago Lawyer. Ruschau joined the SME Education Foundation Board of Directors in 2007 and continues to serve on the board. As a director, she has chaired several Foundation committees including Strategic Planning, Workforce Development and Scholarship Policy. Ruschau graduated with a bachelor’s degree in mechanical engineering from GMI Engineering and Management Institute (now Kettering University). She received her JD from Ohio State University College of Law. SME Member Since 2017