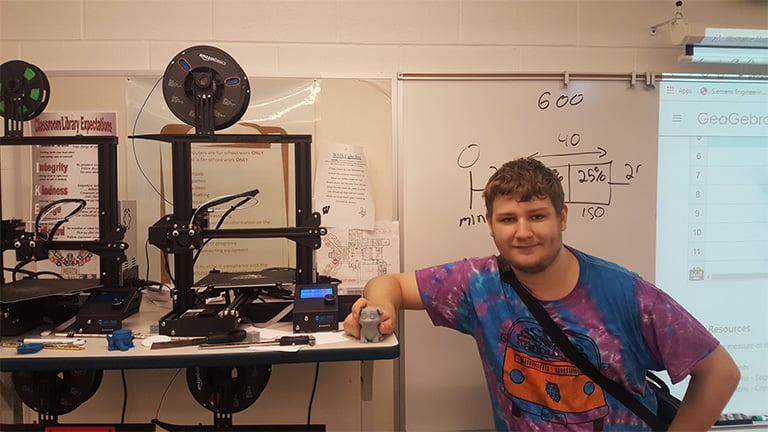 Students at Whitehall High School in western Michigan are already seeing a significant difference in their educational experience due to 3D printers purchased from investments provided by SME’s PRIME® (Partnership Response In Manufacturing Education) initiative — even though the program is just getting started.

“The kids really enjoy creating something of their own and being able to see that come to fruition,” says Jeremy Sheaffer, who was brought on as an AutoCAD instructor at Whitehall in September 2019. “When their eyes light up when they see their name in plastic on a triangle that they designed, it’s pretty special.”

Sheaffer was referring to 30/60/90 drafting triangles that his students created using a Dremel 3D40 printer, Dremel DigiLab 3D Slicer software and Solid Edge and Cura 3D design and slicing software that they downloaded for free off the Internet. Currently they’re working on designing nameplate pencil holders from their own engineering process, and have printed a couple of prototypes. Both projects are part of the Siemens engineering design curriculum that Whitehall is using.

He’s also trying to show them what manufacturing is truly about. With that in mind, he took his sophomore class on a field trip to a handful of manufacturing companies — including Aludyne, Knoll and Viking Tool & Engineering — to learn, as Sheaffer puts it, “What they would see if they work in that industry.” He also took one of his classes to the Muskegon Community College fabrication laboratory — called the Lakeshore Fab Lab — to see 3D printers plus a vinyl printer sheet, plasma cutter, 4x8-foot CNC router, laser cutter and etcher. Located in the Sturrus Technology Center — a state-of-the-art workforce development training and business startup community — the lab houses more than $500,000 worth of equipment geared toward inventors, manufacturers and students. 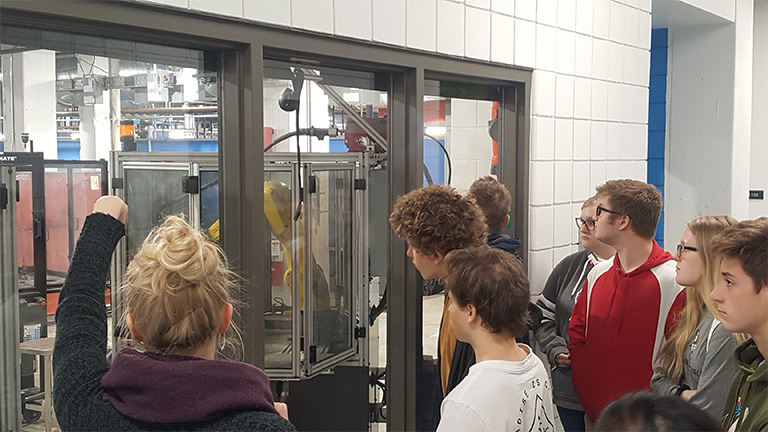 Sheaffer’s course has had a transformative effect on one student in particular, senior Isac Chamberlain. “I like to believe that being an engineer is in my future since I enjoy designing and fixing things so much,” says Isac, referring to the classroom’s 3D printers. “While working with the Ender-3’s I've encountered various issues, and learning how to fix them is always a treat. Learning the Dremels was also fun, as I got to personally set them all up, and learn about Z offset and network printing.”

Isac is also working on formulating a research process. “My experimental process is really to just start designing something and go on from there. If the original idea works, I build onto it. If not, I build something new, but I always do my designing based around the constraints of a project.”

Isac’s research process aligns with Sheaffer’s teaching process, which is all about ingraining the concept of iterative, continuously improving design into students.

A graduate of Western Michigan University, where he earned a manufacturing engineering degree, Sheaffer is currently retaking CAD 110 — which he originally took 20 years ago — to ensure he can replicate the processes and procedures that Muskegon Community College (MCC) has for its students. That’s because students in Sheaffer’s AutoCAD class are earning transferable college credits from MCC while they’re still in high school. 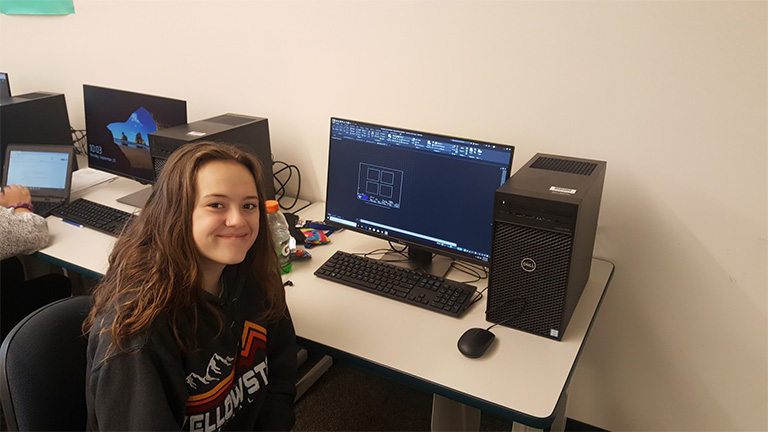 Sheaffer, who worked as a production manager at Shape Corp. before he got into teaching, has a number of things planned for his future classes at Whitehall. “Eventually I’d like to get into a mechatronics program,” he says. He would also like to implement Tooling U-SME online classes, and has started talking to Whitehall’s physics and chemistry teachers about Tooling U-SME’s offerings so they can create a cross-curricular design experience for students.

As far as future plans for the PRIME program, Sheaffer says, “We’d like to have self-sustaining capital in-house, where we can design things and produce them to sustain future classes — so it’s not a burden on the district and it’s more long-term thinking.”

But for now, Sheaffer says, “Things are going really well. We really appreciate the grant money. Without it, a lot of these experiences wouldn’t be possible for our kids.”