Nominated for the PRIME program by Mastercam, CHS — located in Helena, Montana — purchased a new CNC plasma cutter and ironworker for use in the school’s machining, welding and mechanical engineering programs. In addition, PRIME funding has gone toward summer camps and a first-day-of-school barbecue.

The barbecue — which is for students, parents and people within the manufacturing industry — is “a really big deal for us,” says Weber. Held in the evening on the Thursday before Labor Day Weekend, the barbecue attracts Montana’s governor, state senators and congresspeople, and is mandatory for students who signed up for classes in the school’s manufacturing program.

“I talk about all the opportunities for jobs and careers in manufacturing beyond high school,” says Weber. “The key thing is that we bring in people from industry all over the state of Montana. They talk to the kids about the importance of work ethic, and what is actually expected in the real world of CNC machining and engineering and welding fab — so rather than hearing it from a teacher, they’re hearing it from the people who write the paychecks. It has a huge impact on these students and parents.” Members of community service organizations also attend to talk about the impact of work the students do for them.

At the end of the barbecue, Weber tells students they have the long holiday weekend to decide if the program is for them. If they decide they don’t have the passion and motivation for it, they can drop out with no questions asked. 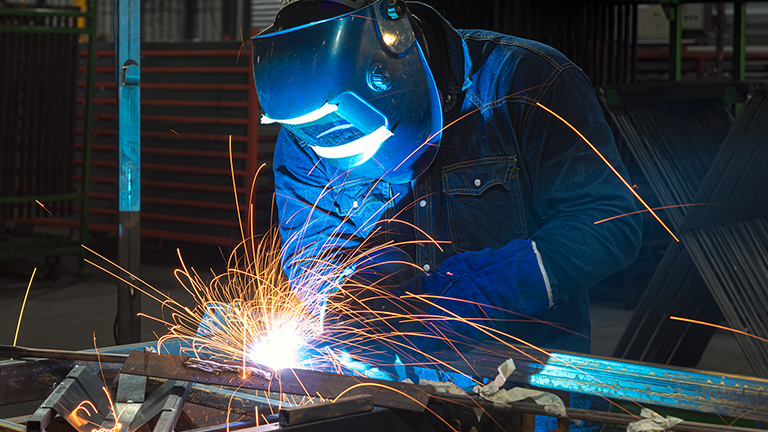 “For us it’s about quality, not quantity,” says Weber. “We don’t have a ton of kids in our program. So we’d rather turn out some good ones who get a huge amount of attention, than mediocre ones who aren’t really good to anybody when it’s all said and done.”

Students who decide to go ahead with the program take advantage of a curriculum that holds to a high industry standard.

“We have a lot of dual-credit opportunities with three different colleges in both welding and machining, we are part of the NASA HUNCH program — where we make parts for NASA to go to the International Space Station — and we do a lot of community service work,” says Weber. The school also offers an extensive job-shadow program that allows students to go out into the work world during their senior year to see if manufacturing is really what they want to do for a career.

But according to Weber and his advisory board, the most important part of the manufacturing curriculum — and the thing that binds the curriculum together — is a work ethic program that he teaches as part of the welding and machining programs.

“It’s a huge thing that we start at the beginning of the junior year,” he says. “I have a really extensive advisory board — welding, machining, manufacturing, business owners, those types — and they would tell you they would rather hire a good person than a highly skilled jerk any day. So the work ethic and character of people is the most important thing; skill development is second.”

As part of the welding curriculum, students get certified by the American Welding Society (AWS) at the end of their senior year. “We do tons of fabrication projects and do college-level work at the high school level,” says Weber.

“Same on the machining side — we do NIMS certifications and have dual credit with two machining programs as well. So I feel that the skill sets are really high for high school kids. We do well at SkillsUSA, and we usually win the state machining stuff here in Montana.”

CHS’s manufacturing program has the advantage of receiving significant industry support from companies throughout Montana.

“We’re one of Boeing’s five axis machine shops here in Helena, and we make a lot of exclusive parts for the Triple Seven program,” says Weber. “They’re a big supporter of our program.” 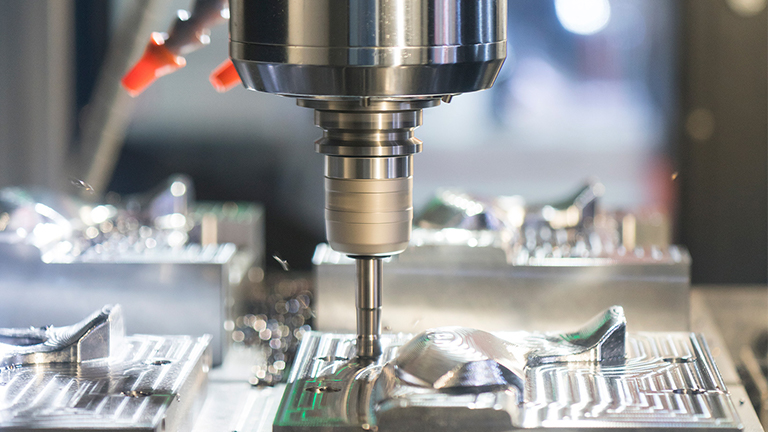 In addition, the school receives support from smaller manufacturers such as Defiance Machine, PROOF Research and Montana Black Gold Inc. “The gun industry is huge here, so if you’re into hunting and shooting sports you would definitely recognize some of the names,” says Weber.

Plus, CHS is a training center for Mastercam, H-Tech and Haas. “We’ve been a Mastercam partner for years,” says Weber, adding that the school won first place in Mastercam’s national wildest parts machining contest several times.

Every summer, Weber takes 10 incoming freshman students to a PRIME summer camp. “We run them through a three-day manufacturing camp just to get them fired up,” he says. Activities include machining and welding projects such as creating coat racks and custom fly-fishing boxes.

According to Weber, one more thing that distinguishes the CHS program is the camaraderie. “There’s a lot of pride in being a part of the whole thing, including the work ethic stuff and the community service,” he says.

“There’s an old saying a friend of mine used to have. He’d say, nobody cares what you know until they know that you care. And that kind of defines our program.”