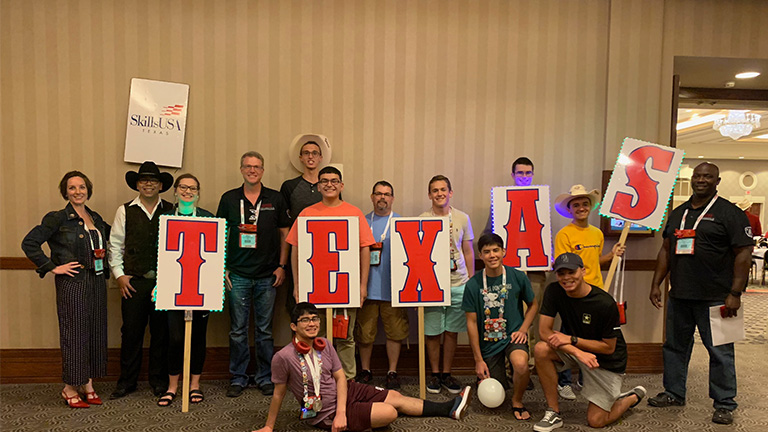 Demetrius Anthony, manufacturing engineering instructor at Fort Worth’s Hollenstein Career and Technology Center, has something to say to parents who discourage their high school students from pursuing careers in manufacturing.

“Manufacturing isn’t like it used to be,” he says. “It’s not a dirty, grimy job all the time, and the pay is substantially better.”

Anthony should know. He started out as a tool and die apprentice in Indiana, working at a General Motors ACDelco battery plant for 11 years, then moved to Texas after the plant he was working in closed.

In Texas, he started working for a manufacturing company as a tool and die maker before being promoted to supervisor, shop foreman and head of the inspection department. After that, he turned his manufacturing expertise to the field of education.

For the past nine years, he has been teaching manufacturing topics such as mechatronics, CNC, 3D printing and robotics at Hollenstein. He started and ran the school’s welding program for two years before turning it over to another teacher so he could get the school’s manufacturing engineering program under way.

“When it comes to the manufacturing engineering robotics competition in Texas, no other schools are even close,” notes Anthony. “Last year I had eight kids going to nationals; the year before that it was 14.” CNC is a particular area of expertise for Hollenstein students. Although the Eagle Mountain-Saginaw Independent School District is small, and Hollenstein has only three schools feeding into its manufacturing program, it has never lost the CNC competition at SkilllsUSA. 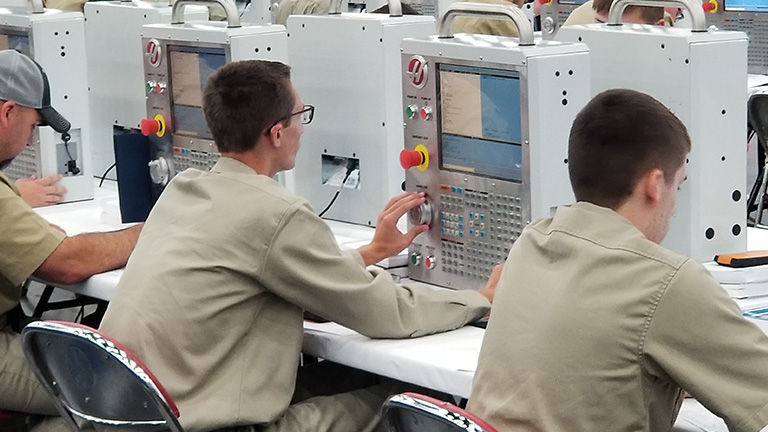 “So now it's become a thing throughout our district,” says Anthony. “Kids all know someone who was a state champion, and they want to be the next one.”

The Hollenstein-SkillsUSA connection has proven to be a win-win situation for both the participating students and the school. Winners of the competitions have the opportunity to win scholarships, and Hollenstein gets an impressive recruiting tool that Anthony pulls out during open houses and school tours. At an open house set for January 2020, Hollenstein students scheduled to compete at SkillsUSA will operate 3D printers for visitors. “Everybody in the community wants to see that,” says Anthony.

Hollenstein also benefited from its participation in SkillsUSA competitions by attracting the attention of representatives from SME’s PRIME (Partnership Response in Manufacturing Education) program, which led to the school’s inclusion in the program. It was at a national competition that Anthony met the SME reps, who began talking to him about PRIME.

“They were asking me about our manufacturing engineering program and I told them, ‘This what the program is right now, and this is where I plan on growing it. I want to give our students a broad view of what manufacturing engineering is so they can pick the path where they want to go, whether they want to be mechanical engineers or CNC programmers.’

So PRIME came out and visited, and said, ‘This is what we’re looking for.’ As of right now, we’re still the only high school in Texas that’s a PRIME school.”

That status, as well as the numerous SkillsUSA wins, has proven to be advantageous to Hollenstein and its students. “We have four or five companies willing to hire students from our programs right away,” says Anthony. “They take on a lot of our kids.”

Regarding the sometimes negative perception of manufacturing as a career, Anthony says the problem isn’t with students — it’s with parents who don’t understand that industry has become a lot cleaner and more automated. “It’s just a matter of getting it into their heads that it’s different than it was 30 years ago.”

SME PRIME schools benefit from the guidance and support of instructors, administrators, advisors and industry connections, all of whom have a strong commitment to ensure their programs’ success.