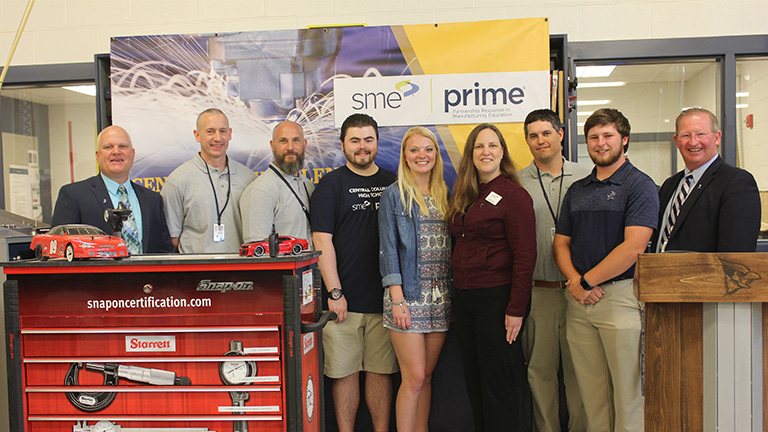 Students at Pennsylvania’s Central Columbia High School are preparing themselves for high-tech careers in advanced manufacturing with the help of the SME Education Foundation’s PRIME® (Partnership Response In Manufacturing) initiative. SME PRIME schools directly address the manufacturing and engineering talent shortage by partnering with industry to inform and provide modern equipment, tailored curriculum and hands-on training to high schools across the country. The national program provides students with practical experience, knowledge and skills using modern technology and equipment, while allowing companies to support the career direction of youth through mentoring, internships and job shadowing.

Tessa Gill, a senior at Central, has taken a number of engineering courses, ranging from structural engineering to mechanical engineering, since her freshman year. “I got into engineering based on my love of math and science,” she said. “I always found myself excelling in all my math courses. And when I came into high school, and we got the option to take a bunch of different electives, I enrolled in engineering and design, which is like an intro course to all the others. I loved it so much, and I knew that this is the pathway I wanted to be in — the engineering, manufacturing and industrial technologies pathway.” 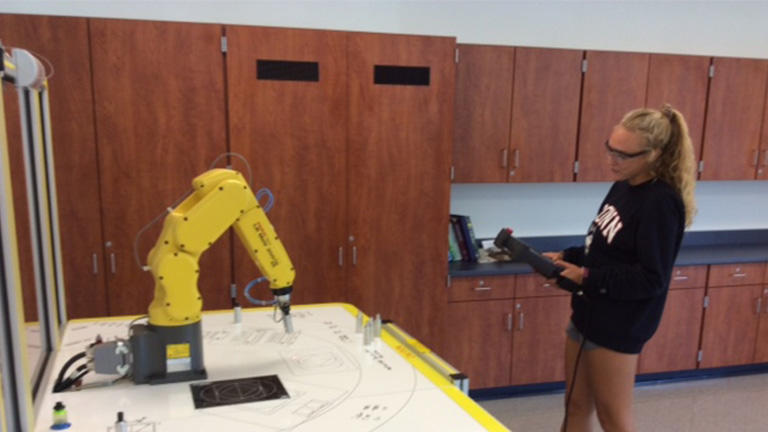 Tessa is thinking of furthering her education at Cornell or Penn State, both of which have leading engineering programs. “Central's really set me up to be one of the top candidates for either one of those schools,” she said. “Compared to all the other kids who are applying, the certifications that I'm getting from Central really set me apart, which is a big help.”

In addition to taking classes, Tessa has been involved in several manufacturing projects at Central, including designing a carbon monoxide detector with a 3D-printed cover, and creating candleholders for a National Honor Society induction ceremony.

Renee Busch, also a senior, dreams of building and managing her own architectural business someday. In preparation for that, she’d like to study business management and architecture after high school. At Central, she’s getting a good grounding in engineering fundamentals. “My career is still really fuzzy, but being here helps me decide,” she said. Renee first heard about Central from her aunt, who works in the school’s district office. “She asked me what I wanted to do, and I told her I just want to build things and make things,” said Renee, who transferred to Central in her sophomore year.

Like Tessa, Renee loves math and science, and she, too is involved in an engineering project: designing a skateboard from scratch. 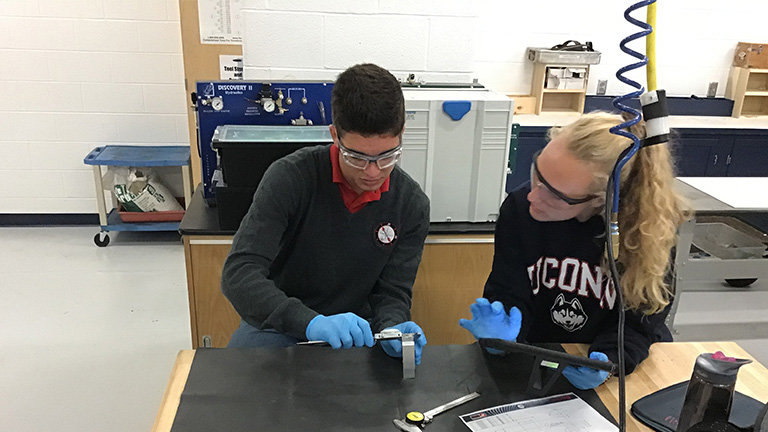 Griffin Knelly, a junior at Central, became interested in mechanical engineering while growing up on a farm, where he repaired a lot of machinery.

“I’m really using that experience of tearing things apart and putting them back together, and when something's broken, of wanting to know how it works and how I can fix it,” he said. “So when I was given the opportunity to take courses that would encourage that, I jumped on it. As far as the future goes, I'd like to go into mechanical engineering as of right now.”

He isn’t sure where he wants to go to further his education, but said Central is helping him with that. In the meantime, he’s taking as many courses as he can — including machining and testing — to see what he likes and doesn’t like. So far, the latter group includes structural engineering. “That wasn’t for me,” he said.

One of Griffin’s most memorable experiences at Central was a trip to Benton Foundry, which provided him with his first glance at casting. Since then, he’s had the opportunity to do a little bit of casting in school, where he learned how to scale down the mass production he saw at the foundry to create just one or two parts.

Central’s engineering-program instructors say they wouldn’t be able to do what they do without the SME PRIME program. “It offers opportunities that kids at other schools don’t have,” said Scott Osborne, industrial technology instructor, citing examples such as online Tooling U-SME classes, precision measurement instrument (PMI) certifications and robotics. “A local advisory of companies in the area was taken aback we were offering this.”

“PRIME is enhancing what we already have,” added EJ Smith, engineering instructor, who will be teaching a FANUC robot course that Central is launching next February or March. Both Smith and Osborne were trained on the FANUC robot last year, at FANUC’s facility in Chicago. “I’m really excited that we’ll be able to certify our kids in that in the near future,” said Smith.

The two instructors also made a trip to Kansas, where they received PMI training and a PMI toolkit to use in class. “It’s an awesome setup,” said Osborne.

Chris Snyder, assistant secondary principal at Central, also raved about the toolkit, as well as the FANUC robot. “When companies see that tool chest and they see the robot, you can just see them kind of light up.”

Snyder, too, gives credit to SME PRIME. “We planned courses around the training, software and equipment that PRIME provided us. We would not have gone in the direction of precision measurement had this relationship not started. The same thing with the FANUC robot. This is allowing us to go in a direction that the local business community is really excited about.

“It’s been a tremendous relationship — so we’re thrilled.”

Read more about SME PRIME programs impacting high schools across the country. SME PRIME students receive hands-on training on modern equipment, and learn about technology and processes through tailored curriculum that is informed by local manufacturers in their communities.
Read More