This is the first in a series of articles related to the Saginaw (Michigan) ISD’s summer 2021 manufacturing camp. 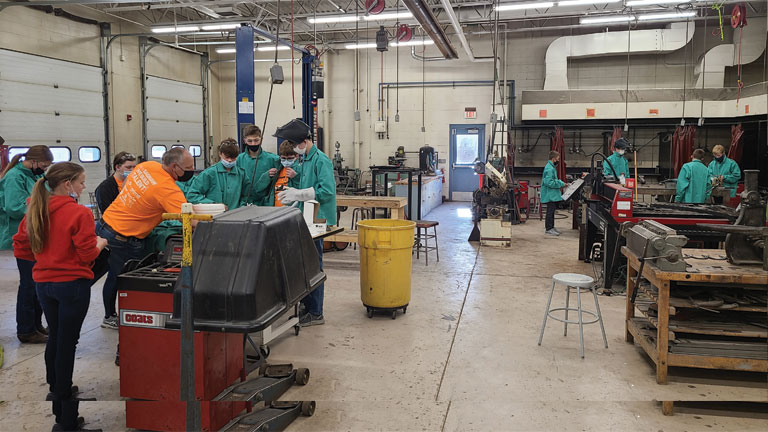 At the Hemlock camp, students learned how to program and fly drones, and work with CNC machines and welding equipment. They also learned about job opportunities at local manufacturing companies.

Led by Hemlock’s Dana Lockwood, robotics instructor, and Heath Marietta, industrial arts teacher, the camp took place at the new Lockwood STEM Center, where Hemlock students — as well as students from neighboring districts — can practice robotics in a regulation-sized arena.

Rodriguez’s daughter, Anna — a summer camp participant, Hemlock sophomore and Gray Matter member — says she enjoys being on the robotics team because “I don’t really have to be committed to one thing; I can bounce around and do whatever I want. One day I can come in and drive the robot; the next day I can do some programming on a different robot, or help some kids out with something else. You don’t have to stick to something, so you don’t get super-frustrated. It’s a really welcome environment.”

Ashlynn Wrona, a Hemlock junior who also attended the camp, says her career aspirations — which previously leaned toward the fields of English and teaching — have changed since becoming involved in robotics. “After having this experience, I realize how much opportunity I have, and how much I can do with my life,” she says. “Building these skills in high school will make me highly coveted in the future.” 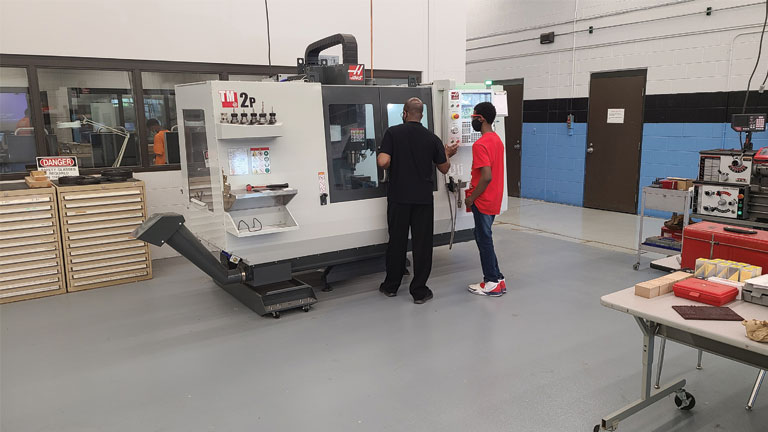 At the Saginaw Career Complex (SCC) camp, students learned how to build model rockets using rocket design specifications provided by Oliver Johnson, instructor of engineering and advanced manufacturing at SCC. Under Johnson’s guidance, the students modeled rockets with Inventor CAD software and created nose cones for them on 3D printers. They also learned the basics of welding, and how to engrave a nameplate with a CNC machine.

Jason Bryant, a Bridgeport High School junior who is in the process of deciding upon a career, attended the camp to learn more about manufacturing. “I wanted to get out of my shell and try new things, like building and welding — hands-on things I don’t normally do at my school,” he says. “Welding interests me a lot because I’ve never done it before. My first try was bad, but I got better the second time.”

He also enjoyed the creative aspects of building a rocket. “If you put your mind to it, you can accomplish a lot,” he says.

Jalen Tinker, a Heritage High School sophomore who attended the camp, says he’s thinking of enrolling in the engineering program at Saginaw Career Complex during his sophomore or junior years in preparation for embarking on a career in mechanical engineering — following in the footsteps of his dad, a General Motors employee who demonstrated his job to Jalen on “Bring Your Child to Work Day” at GM.

“I like making things. I was thinking of going into manufacturing when I saw that,” says Jalen.