Funded by IQAir North America and administered by SME Education Foundation, a new Diversity and Inclusion Scholarship for students underrepresented in STEM-related careers is helping 19-year-old Hispanic student Devin Baylon focus on his studies rather than on the financial burdens associated with college. 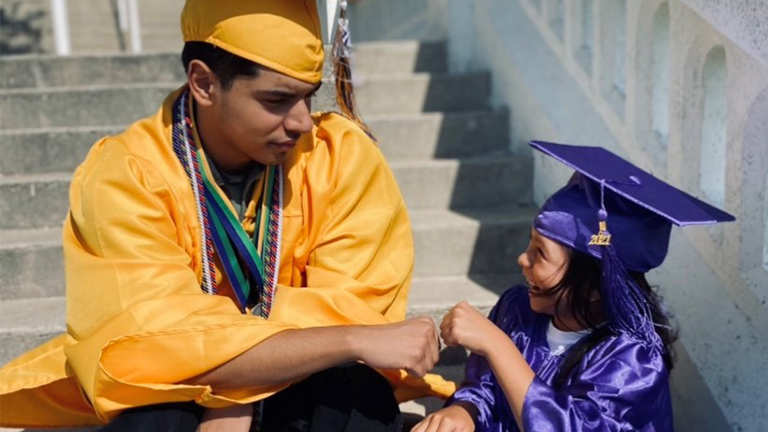 Baylon, a freshman chemical engineering major at Texas A&M University – Kingsville, applied for the 2021-22 scholarship while a senior at Moody High School in Corpus Christi.

While Baylon initially considered entering the healthcare or legal fields, he changed his mind after being introduced to a STEM program at Moody. “I didn’t know engineers had such a big part in the community and even the world, so I was like, I want to be part of that,” says Baylon. “I want to be able to help people, help my community, maybe help a city.”

Baylon chose to focus on chemical engineering because of the large number of refineries in Corpus Christi and Kingsville. “I felt like it would be really easy to get a job or an internship right off the bat,” he says.

According to Baylon, his high school teachers played a big role in helping him get to where he is now. In fact, his Project Lead the Way instructor urged him to apply for the scholarship.

“It makes a huge difference,” he says. “A lot of the stuff I need for school, such as gas and transportation, is paid off. My classes are all paid off.

"It takes the stress off my parents. Financial aid can only pay for so much, so when I saw that I won, I really got excited. My parents got excited. Even my 6-year-old brother got excited.”

As a college freshman, Baylon takes part in regular calls to update representatives of IQAir — the international environmental technology company that funded his scholarship — about how he’s doing at school. “For them to take time out of their day to talk to a college student speaks volumes about them, so I want to thank them for that,” says Baylon.

When it comes to advice for high school juniors and seniors who are interested in the STEM field, Baylon says, “I always tell them, take every opportunity that’s given to you. Go to those college fairs and engineering fairs. I always say to do the extracurricular activities and try your hardest. I think at the end of the day that’s the most important.”