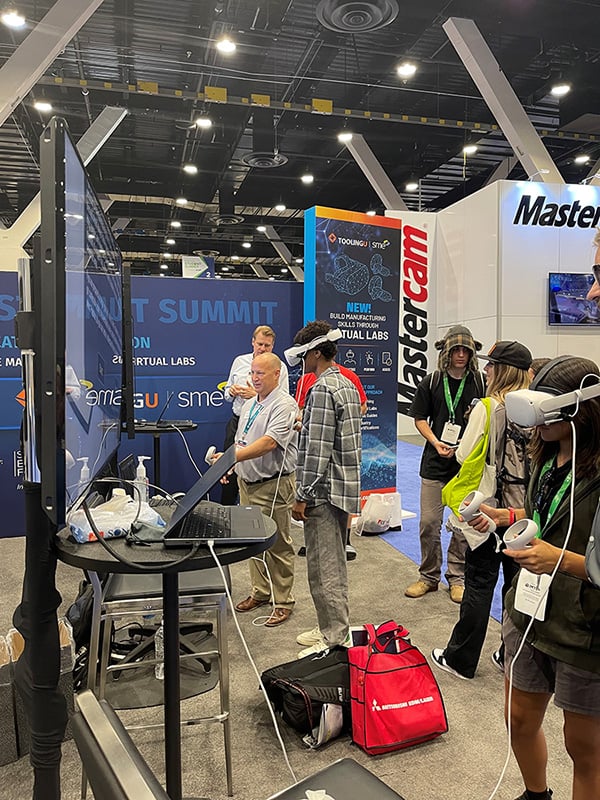 The SME Education Foundation and its partners Stratasys and Tooling U-SME demonstrated advanced manufacturing technology to more than 11,000 students, teachers and administrators at the IMTS Smartforce Student Summit, held in September at McCormick Place in Chicago. It was the largest IMTS Student Summit since the event began in 1998, covering 24,000 square feet of exhibit space and featuring 60 exhibit partners.

Summit attendees hailed from 42 U.S. states plus Washington, D.C. and Puerto Rico, in addition to the Canadian provinces of British Columbia, Ontario and Quebec. Schools from Mexico and Australia also participated.

The SME Education Foundation invited Tooling U-SME and Stratasys to be part of the exhibit at the Student Summit, which featured 80 robots that students could compete against in a challenge.

At the Foundation’s booth, Stratasys delivered presentations on 3D printing and additive manufacturing. On the other side of the booth, Tooling U-SME presented hands-on virtual reality (VR) opportunities to students inside VR labs.

“Stratasys was honored by the SME Education Foundation’s invite to support the Smartforce Student Summit at the 2022 IMTS event, said Jesse Roitenberg, North America education manager at Stratasys. “It is so important for us to showcase the technologies that pique the interest of the next-generation workforce, and to show them the jobs and careers of the future — but it is also critically important for them to see the reality of advanced manufacturing, and what an exciting future it holds.” 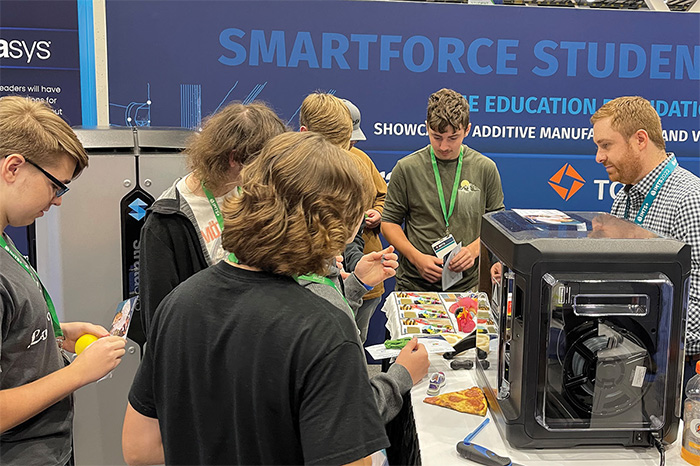 “We were thrilled to partner with the SME Education Foundation for this important event,” added Jeannine Kunz, chief workforce development officer at SME. “Tooling U-SME takes pride in engaging with the next generation of manufacturers, and in showing students and educators advanced manufacturing using virtual reality technology. Manufacturing’s future lies in students and their educators, as was exemplified by the Smartforce Student Summit at IMTS.”

In addition to hosting presentations at the summit, the Foundation invited students and educators to join SME at discounted rates, and provided information about the Foundation’s scholarships.

For more information about the SME Education Foundation, visit smeef.org.