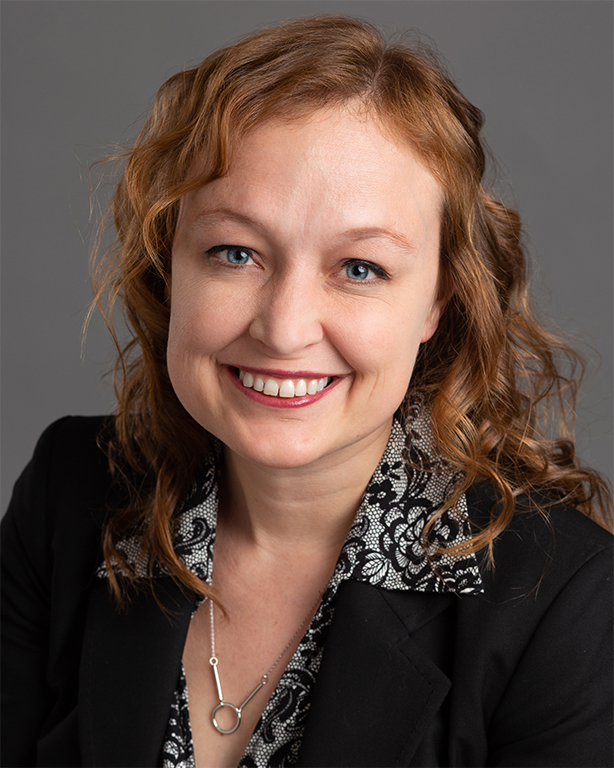 Receiving a Family Scholarship from the SME Education Foundation has played a huge part in the life and career of Erin Manthey, an applied math instructor in the welding program at Dakota County Technical College (DCTC) in Minnesota. With the help of the scholarship, Manthey attended the University of Wisconsin-Stout, earning a Bachelor of Science degree in manufacturing engineering while minoring in math. From there, she went on to work in quality analysis and new product analysis at Medtronic and Tapemark.

“I was kind of open to a lot of directions, says Manthey. “I didn't know quite what I wanted to do, but I really enjoyed certain aspects of the jobs and not others, and I was enjoying the training aspects.”

But in a couple of years, she became part of the welding program at the college. “My boss at the time knew I had an engineering degree and thought I’d be a perfect fit for teaching applied math in the welding program,” she says. “It’s a real unique course that I've pretty much written myself. I have a rough draft of a textbook now for it too. I’ve been teaching that for seven or eight years.”

Speaking about her transition from industry to academia — and the fact that she’s now been in academia longer than she was in industry — Manthey says it would be difficult to circle back to the corporate world at this point, as she’s put so much work into her role as a math instructor and has received much satisfaction from it.

“The best experience is having students learn something new for the first time and really get a difficult concept, or when students are truly curious and have questions — and being able to answer them,” she says.

She also says one of the most fun aspects of teaching is coming up with new content and creating lessons that build off of each other. Toward that end, she’s currently in the process of developing four new classes simultaneously. “Something about it just kind of jibes with my personality,” she says. “Even on the hardest days it doesn't feel too bad.”

As DCTC has a near-open enrollment policy for its welding program, Manthey’s students don’t necessarily come in with strong math skills. “I have a lot of students starting with just your basic ‘add, subtract, multiply, divide.’ We start there doing operations on whole numbers and then at the end of the class we do some basic trigonometry. So it’s all just geared around things that they might use in a welding application.”

Manthey says the students she has today are very different from the students she had eight years ago, in that they're very fluent with technology and very comfortable using computers. Plus, they have pretty much constant access to calculators. “It’s hard for them to see why you’d want mental math skills,” says Manthey. “So we have to try to push this idea that it's still a really good idea to have number sense."

“So I'm doing more things in the class to enhance mental math skills, like multiplication tables, because I think it's important that someone can do a problem like two times three in their head for quantitative interpretations on anything.” Drawing from her experience in the corporate world, Manthey also thinks it’s important for her students to have a clear understanding of how to interpret graphic representations of data. “Anytime you work in a corporate environment, there’s going to be charts and graphs and data shared withyou. If you want to get ahead in that environment, you're going to want to understand what's happening.”

Manthey has seen the demographic makeup of her classes change over the past 10 years — especially when it comes to the age of her students, who have gotten a lot younger. “I think there's something culturally that's happening; where the idea of getting a tech degree out of college is considered a valid option. And it maybe wasn't eight to 10 years ago.”

In addition to the change in her students’ ages, Manthey is seeing some changes in other areas. “I don't know that what I'm observing specifically in the welding program reflects anything other than that, but when I started, it was a very male-dominant program,” she says. “It still is, but now we have a little bit more gender diversity.” Pointing out that in fall 2019 the welding program included five women in a group of 72 students, she says the number of women in previous years was zero.

As far as her own education, Manthey has received two more degrees during her time at DCTC — a bachelor’s degree in math and a master’s degree in education, with an emphasis in math. She is quick to note that her SME Education Foundation Family Scholarship paved the way for her to pursue those degrees, as she wasn’t saddled with student loan debt like many of her friends.

“It’s something that I’m still very proud of getting,” says Manthey about the scholarship. “It was really affirming for me.”

In addition to her academic and career achievements, Manthey has significant athletic achievements — specifically, in distance running. To date, she has run 21 marathons in 13 states — including Iowa, where she experienced her fastest time in a 2017 race in Des Moines. “I have aspirations to beat that this year, but I’ve got some work to do. So we'll see.”