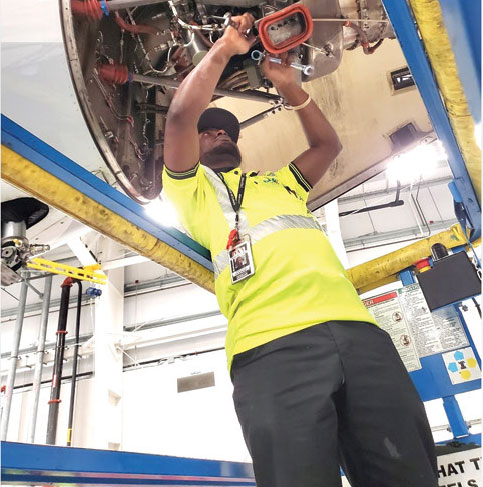 A junior at Central State University (CSU) in Wilberforce, Ohio, where he’s majoring in engineering, Lawal attends school during the day and works at night at PSA Airlines, a subsidiary of American Airlines. He graduated from Sinclair Community College in 2018, and obtained his FAA Airframe and Powerplant licenses the same year. In 2019, he began working at PSA and enrolled at CSU.

Lawal’s transition from high school to college was a long one in terms of both length of time and miles traveled. “I did my high school in Nigeria about 22 years ago,” he says. But after moving to New York City in 2010, and then to Sidney, Ohio, in 2015, Lawal was able to smoothly adapt to American life and schooling, as Nigeria’s official language is English, and the United States and Nigeria have similar educational systems. 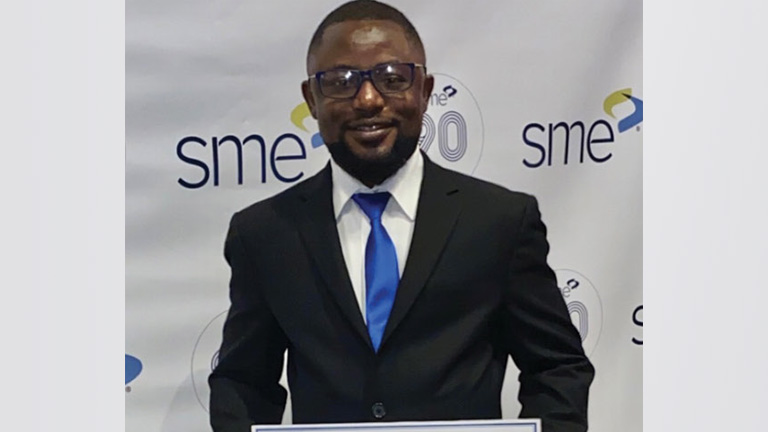 “When I first came [to the States] I worked in some factories, and I decided I needed to upgrade my occupation,” Lawal says. He initially thought about becoming a medical doctor, “but along the line I decided I don’t like to see blood.” Growing up, he had always liked science, so he decided engineering would be a good career path. After receiving his degree, Lawal hopes to work as an engineer at Boeing or Airbus — or perhaps at Intel, which recently began manufacturing computer chips in Columbus, Ohio.

At CSU, Lawal has maintained a 3.7 GPA. In his sophomore year, he was chosen for a summer internship at NASA, where he and two teammates won an award for best creativity and innovation in the International Space Station Washing Machine Design Challenge Competition. 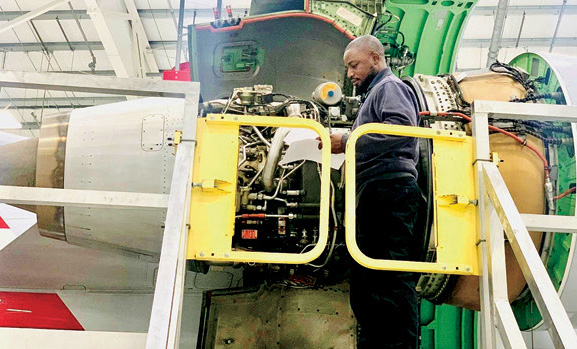 Lawal has served as president of CSU’s student chapters of the National Society of Black Engineers and of SME, and found about scholarships offered by the SME Education Foundation while perusing the organization’s website. His college mentor encouraged him to apply in November 2021, and after providing the scholarship committee with letters of reference from CSU and SME, he received a letter in March 2022 announcing he had been awarded an SME Directors Scholarship worth $5,000.

“I was so happy about it,” says Lawal, who at the time had exhausted his financial aid. “The SME scholarship is paying for this semester, which is a great help for me. Because I was thinking, how am I going to come up with $5,000 for school? It’s a blessing, I must tell you, it’s a blessing.”

For more information about SME scholarships or to help scholars like Suraju, visit smeef.org/scholarships.