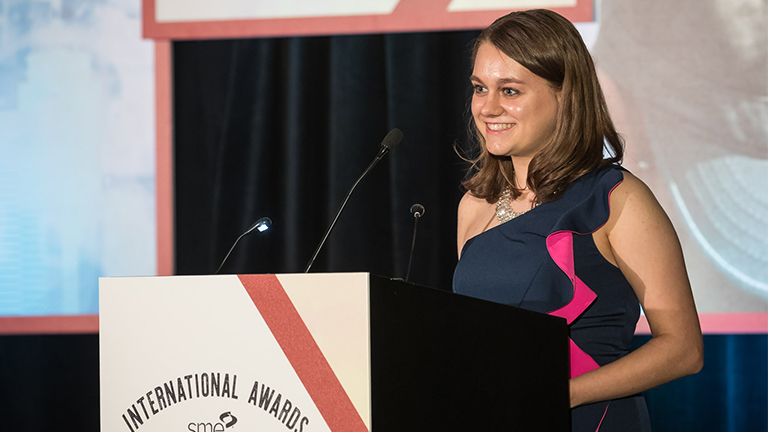 “It means that somebody cares about investing in the future of engineering, and cares about me enough as a student to allow me to focus on my studies rather than be worried about finances,” she says.

Focusing on her studies has allowed Redekopp to maintain a grade point average of 3.9 and work as a co-op student in the Cargo Systems department at Collins Aerospace in Jamestown, North Dakota. Although she would prefer working at the facility in person, rather than remotely due to the COVID-19 pandemic, Redekopp is enjoying her co-op experience. So far, her tasks have included producing 2D representations of 3D CAD models, creating bills of materials, reviewing drawings, and helping to come up with design concepts.

“I just had a design class this past spring, so that was a good way to kick-start this co-op,” she says. She also says the experiences she had on her high school’s robotics team — where she was one of five to seven girls on a 30- to 40-person team — have helped her work in the team setting she is in at Collins. 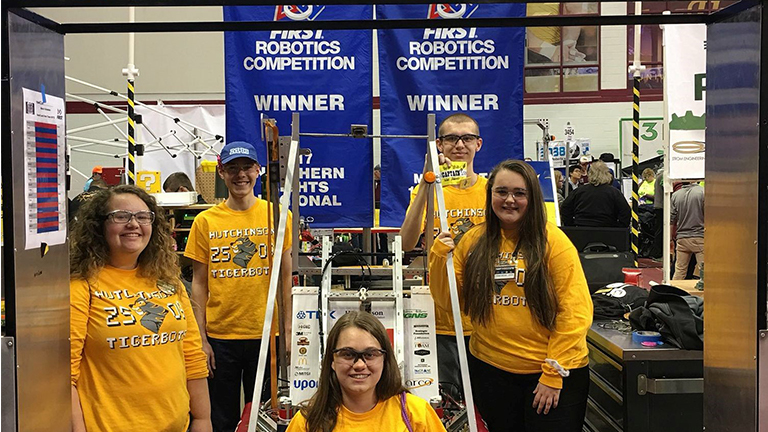 Engineering is in Redekopp’s family — her father is a mechanical engineer. But she has also always had a great interest in STEM subjects, which led her to participate in the FIRST Robotics Competition as a high school student. “Between having a lot of fun in robotics and the influence of my dad, I decided on mechanical engineering,” she says. “I liked the math and I also liked being creative with it.”

Once she decided upon a course of study, Redekopp applied for an SME Education Foundation scholarship. Within a matter of months, she was flown to SME’s headquarters in the Detroit area for an in-person interview. After that, she was flown to Boston for SME’s International Awards Gala. “It was really amazing and cool to see all these engineers coming together to celebrate manufacturing,” she says.

Committed to her studies and excelling, Redekopp says she still sometimes finds it intimidating to be in a male-dominated field — and recognizes the importance of role models. Sharing her own approach, she says, “Every girl who pursues engineering has to speak up and be bold in the minority. The men are not necessarily ignoring you or your ideas intentionally, they are just more willing to share theirs than you might be.”