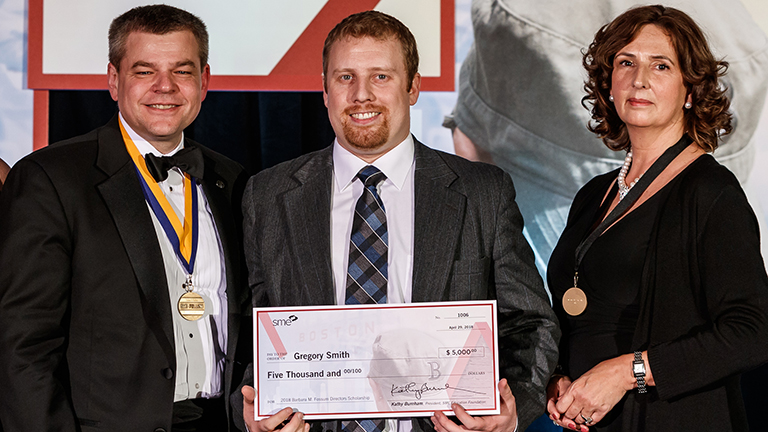 2019 SME Directors Scholarship recipient Greg Smith faced a decision. He was studying English at Utah Valley University but wasn’t enamored with the career options his potential degree provided. Greg had been studying welding, both technique and theory, for the previous 15 years. In high school he enrolled in as many welding classes he could handle.

Two years into his studies at Utah Valley University Greg decided to try something else. He turned to his passion for and experience with welding for a pathway. Greg spent the next seven years as the lead welding instructor at Mountainland Applied Technology College where he trained students in techniques for welding sheet metal, plates and pipes using the welding knowledge he had acquired previously.

Greg became an AWS certified welding inspector while sharing his knowledge with the next generation of welders and came to realize that his true passion was problem solving and mastering the science of welding. His journey led him to Weber State University where he majored in Manufacturing Engineering Technology with a Welding Emphasis. At the same time, Greg used his skills to land a job as an engineering technician at a company called Chromalox to pay for his education.

“I was able to learn both at the university and at work from a welding engineer with over twenty years of experience,” said Greg. “I was working and attending school full-time, which was exhausting but I was able to gain loads of knowledge in a short period of time.”

Greg had joined the American Welding Society but wanted to expose himself to additional manufacturing resources that weren’t necessarily related to welding. One of his professors suggested that he research SME. He quickly joined SME and during his on-boarding he heard about the scholarships offered by the SME Education Foundation, including the SME Directors Scholarship. Based on his lengthy list of accomplishments, engineering education and his desire to pursue a career in manufacturing Greg was awarded the SME Directors Scholarship. 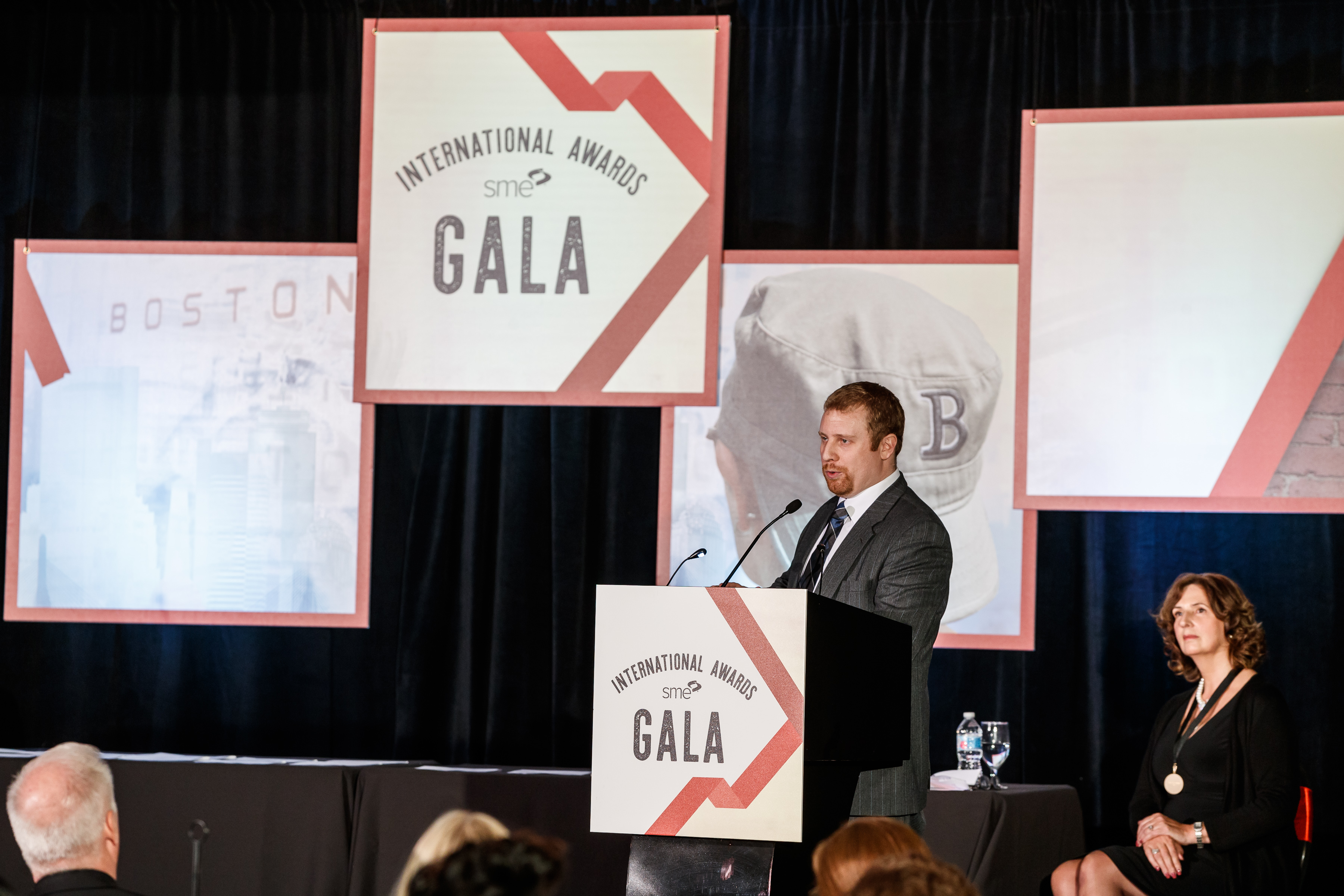 “I am grateful for the SME Education Foundation’s support of my education,” said Greg. “It was a difficult decision to go back to school and change career paths, but you greatly reduced the pain and struggle that came along with that decision. It is already paying off.”

Greg graduated from Weber State in December 2019. In October 2018 he was hired by Barnes Aerospace as a Special Process Engineer where he works with welding, heat treating, hot forming, and super plastic forming. His passion for solving problems and discovering solutions has led Greg down a rewarding, meaningful and prosperous career in manufacturing.

“What excites me about engineering is that the job is just a problem-solving sandbox. I’m presented with a problem, but nobody tells me how to solve it. I get to figure out what restrictions are in place, whether they be from customer specs, limited technology, budget, or anything else. I then get to show my resourcefulness by solving the problem despite those restrictions. I use my mind, but I also use my body to physically work with machines and tools. I love the feeling I get when I’ve completed a project and I can look back, remembering that I had much less knowledge when I started, but through my hard work, I was able to come up with a solution that works.”