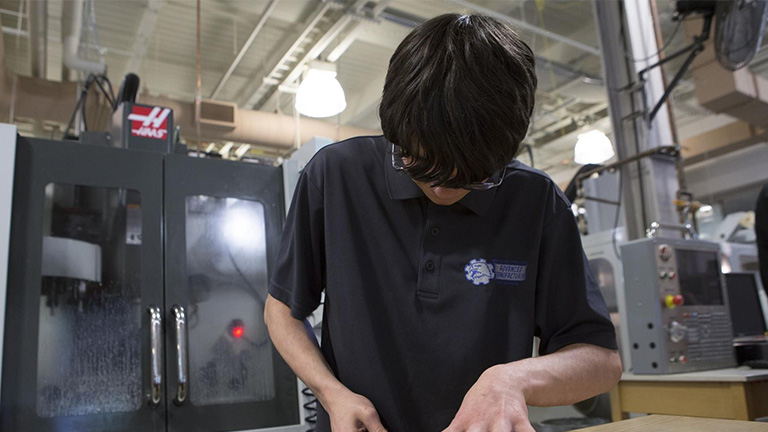 Brian Cummings has seen Worcester Technical High School’s SME PRIME (Partnership Response In Manufacturing Education) program grow by leaps and bounds since he inherited its leadership from a retiring teacher several years ago. “When I took it over there were seven students, then we went up to 14, then we went up from there and now we're at 42,” notes Cummings, head of the advanced manufacturing department at the Massachusetts school.

According to Cummings, an infusion of funds that came along with being a PRIME school has been key to the program’s growth and success. “I used to joke that becoming a PRIME school was really the gift that keeps on giving, because I think it kick-started the program back up. Without funding, you can try all you want, but you can really only have a successful program with really good marketing, really good structured curriculum, lots of benefits, and a sell to the parents and the community.”

After receiving PRIME funding, as well as support from Haas and H-Tech, the school’s advanced manufacturing department began establishing credentials that aligned with curriculum frameworks. It also acquired new equipment, including six Haas CNC machines, a couple of toolroom lathes, a toolroom mill, BF milling machines and an SL20 bar feeder lathe machine. Through the program, the school provides students with National Institute of Metalworking Skills (NIMS) credentials for manual milling and turning.

Worcester Tech begins recruiting area students when they’re in seventh grade. At that time, they come in to tour the school and get an understanding of what it’s all about. In eighth grade, they come in for an open house and tour all the shops with their parents. They also begin receiving information about the school’s 22 programs, which include advanced manufacturing. That sets the stage for the first half of freshman year, when students explore eight different programs — four of which they choose themselves, as well as four more chosen by the school. During that time, students spend two weeks on each program before choosing the one they wish to focus on for the rest of their time at Worcester Tech. For the past three years, the advanced manufacturing department has immersed its exploratory students in “Titans of CNC”— the CNC educational curriculum created by reality TV star Titan Gilroy. “The first year we did that, there was a huge, huge jump in numbers,” says Cummings about the number of students going on to choose advanced manufacturing as their course of study. In fact, the numbers increased so much that the department hired a second teacher.

At Worcester Tech, students follow a week-on, week-off system, meaning they spend a week in shop followed by a week in their academic programs. According to Cummings, the students are held to the same standards as they would be at any comprehensive high school. They still have to pass the Massachusetts state test, and still have to meet all the curriculum requirements to be college-ready. “We actually have higher state testing scores than our sister, comprehensive schools, and I think that's attributed to the hands-on learning,” says Cummings. “I think they just learn in a different way, and we've got a great screening process and enrollment admissions process that gets the right students in the school.”

After students graduate, about 80 percent go on to post-secondary education and 20 percent go directly into the workforce, filling machining and entry-level manufacturing roles such as acquiring stock from a warehouse, labeling material, or becoming a CNC operator or programmer. “It depends on the company,” says Cummings. 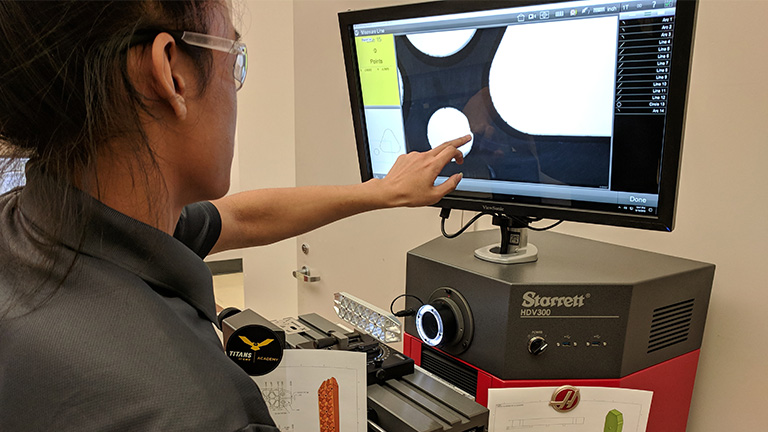 Cummings would like to see the percentage of Worcester Tech students going on to more education vs. entering the workforce flip because of the school’s proficiency in career preparation. “Where other states do it a lot at the post-secondary level, we career-train a lot of the kids here,” he says. “So, we're working with our local community college to establish articulation agreements where, if students pass certain credentials with the hands-on portion, they can actually test out of credits. So if they go into a manufacturing engineering program or mechanical engineering program, they'll already have some credits going into it.”

Cummings credits much of the advanced manufacturing department’s growth to its PRIME funding and associated grants, which have been used to improve the ninth-grade exploratory program and the curriculum. Taking it a step further, he thinks the quality of the curriculum and supplies — made possible by the funding — contribute to the quality of students Cummings’ department has been attracting. “We have zero discipline problems, and compared to other programs, especially in an urban school district, I think it's a testament to having good, solid curriculum, and the supplies and funding to do it.”