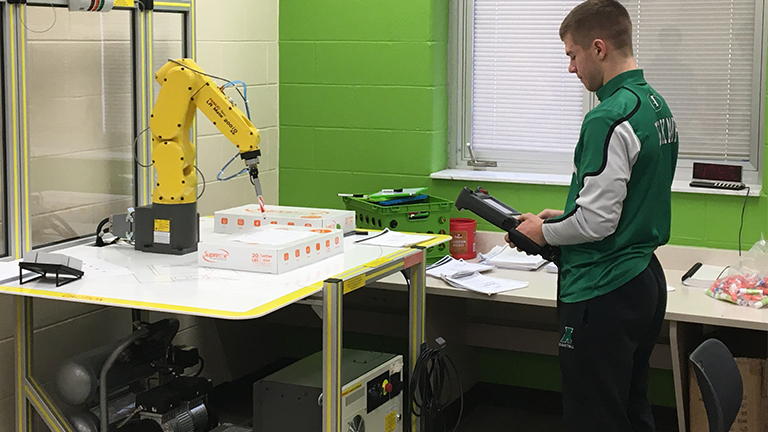 A few years ago, Ohio’s Anna High School (AHS) was approached by SME PRIME (Partnership Response In Manufacturing Education) and nearby Honda of America Manufacturing about joining with them to develop a manufacturing education program for students.

“Honda needed some more workers to come in and fulfill roles as their workforce starts to retire here in the future,” said K.C. Needles, Anna High School’s instructor of manufacturing fundamentals. “I think their biggest push was to try to get some manufacturing skills taught at the high school level, since they're sitting in our backyard.”

Anna High School liked the idea, became a PRIME school, and since that time has been teaching manufacturing skills using a manufacturing education-based curriculum coordinated by Honda. Honda, a PRIME Donor, also frequently invites students to tour its plant facilities.

At school, students take online classes in basic safety, measurement, robotics and quality control through Tooling U-SME — the training division of SME — and supplement that with hands-on training on precision measurement instruments and a FANUC robotic arm. Installed at the school in 2018, the arm allows students to learn the basic skills of robot programming under the tutelage of Needles, who was trained as a trainer by FANUC. He also received instructional training in precision measurement instruments from the National Coalition of Certification Centers (NC3).

“It covers the gamut from tape and rule measurements clear through board gauges and micrometers,” said Needles about Anna High School’s measurement class. “So when students finish that, and they take the test online through the NC3 course site, they can put an industry certification on their resume.” They can do the same with robotics, which alternates semesters with the measurement class. “If you’re in one class one semester, you're pretty much in the other class the second semester,” said Needles. Classes currently range in size from 12-15 students, said Needles, adding that it’s an ideal size since the school has just one robot.

Since AHS became a PRIME school, about 40 of its students have received certifications in robotics and precision measurements. In addition, the school was featured in a 2019 New York Times article, “Taking the Future of Manufacturing Into High Schools.”

Riley Huelskamp is one of the students who has benefited from the Anna High School PRIME program. A senior, he’s planning to attend Edison State Community College in Piqua, Ohio, to study electromechanical engineering. After that he’d like to get a job at Honda, where his brother works. 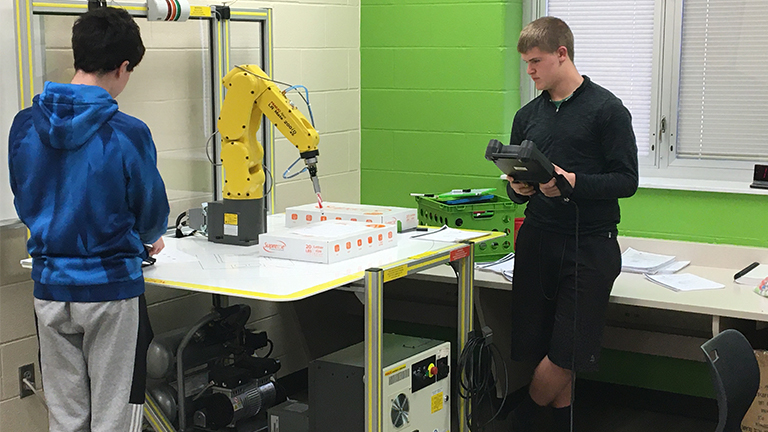 Although still a high school student, Riley has been taking classes at Edison through Ohio’s College Credit Plus program, which allows high school students to earn college and high school credit concurrently. In addition to his coursework at AHS — where he’s learned about manufacturing topics such as programmable logic controllers (PLCs), grinders, safety and robotics — Riley has taken Introduction to Engineering, Circuits I and Circuits II at Edison, which has an internship program with Honda.

As far as the PRIME program, Riley credits it with helping him “kind of get my feet wet” in manufacturing. “I like working with the robot and the labs and stuff like that, because it's hands-on,” he said, noting that he grew up on a farm and has always been a hands-on kind of guy. “You learn from the hands-on labs, and then you go back to the computer, and it makes a lot more sense,” he said.